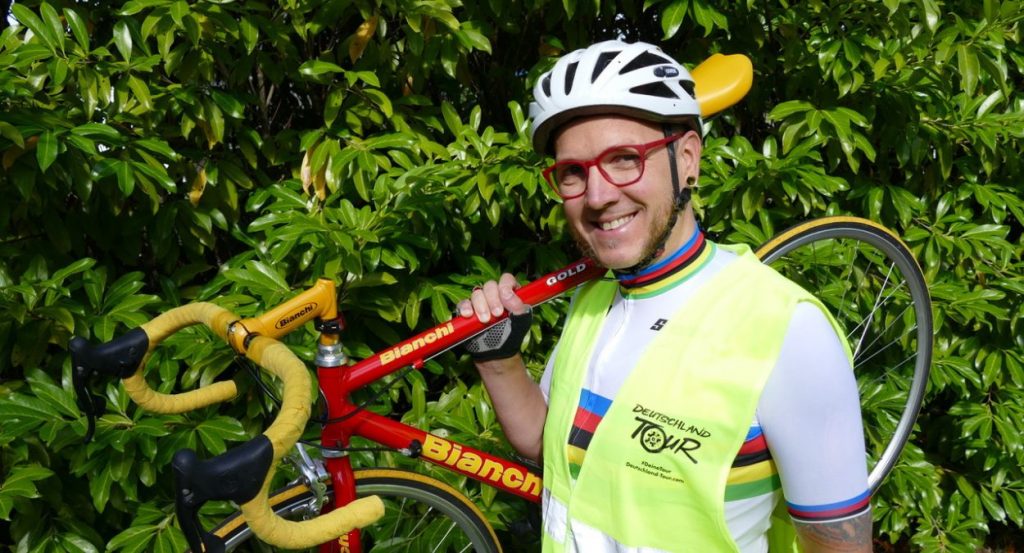 For quite sometime now, composer, guitarist, author, and instructor Svenson has been blessing the musical world with his ageless tunes in the rock field that echo the nostalgia of the golden era and the 70s and 80s classic rock age where the rock sound came in hypnotizing and alluring design and it is no coincidence that even in this generation, we find ourselves randomly going back to some of those masterpieces to remind ourselves how that musical era felt! Svenson is the winner of the German Rock- und Pop-Preis and during his legacy-building lifetime in his music career, he has had the pleasure of working with some musical generals such as; Jennifer Batten (Jeff Beck, Michael Jackson), Rhani Krija (Sting, Al Di Meola), and Alexander Veljanov (Deine Lakaien).

He carries with him a ravenous passion for bike racing and when he is not in the studio cooking up some groundbreaking melodies, he is out there with his vintage road bike racing his lungs out! This time when he got into the studio, he decided to make one for the passion, and every single tune off his new 6-piece EP, “Cycology” speaks of the dynamics, the trill, the fun and the unrestrained passion of the cycling world; so strap in or just hop on your bike, put those headphones on and enjoy this euphonious rollercoaster!

Like they say, only this time it’s true, there is absolutely something for everyone in this EP and if you listen long and close enough you will find a lot more than just race-engineered ballads, you will marvel at the stupendous production in play, the abundance in the scale of melodies and even the proficiency of the finer details in play.

For some reason, I can’t get enough of the first stunner, “Rock That Road Bike” with the way everything takes its own resonating life and the instruments fascinate their way to a listener’s heart (I could only imagine what they do a bike enthusiast!) With its bare-knuckle cadence approach, every moment a racer faces on that long racing lane is perfectly documented with the melodies echoing the thrill and blood-rushing adrenaline that is left out on the racing track. This is exactly the kind of music you want to be listening to and the flavored rock spark adds that intrigue and flair the only bad thing about this tune is that it comes to an end eventually and you just excise some extremely hard restrain so as not to cry- the best thing and saving grace is that you can push the play button all over again and plunge yourself into its racing melodic effervescence!

That is the story of the other 5 tracks; they will quench your thirst for creative rock output and have your playlist induct new members into its hall of fame and that should count for something right!

Follow the attached link and pick your favorite poison after which you will make your way to a dark and empty room and feed yourself off of its killer melodicism!