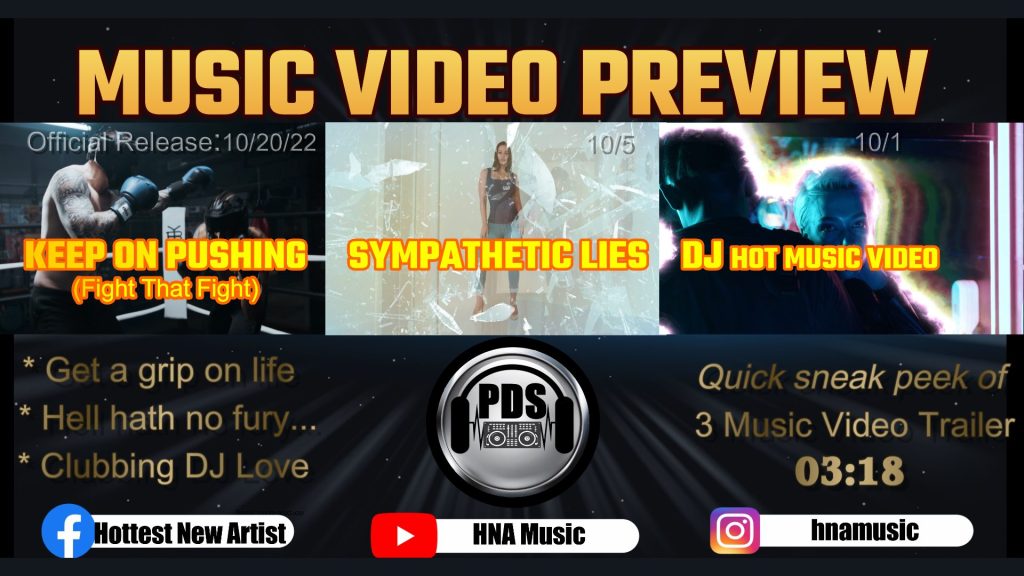 If the saying you can rest when you die is true and even if it was invented to suit someone’s capacity, it is very relatable to one hardworking recording artist PDS. This energetic electronic dance music female star has not been resting lately as she makes huge strides towards pushing her music across all borders. Her blood and sweat has been paying off with many dance fanatics quick to applaud her works in various ways; be it dancing to them, DJing or participating in challenges to her soundtracks. She still has a lot of energy to spare and has barely scratched the surface- strap in and enjoy this exhilarating ride that you will never forget!

This October has been a busy one for her as she sets to release three music videos in a span of 20 days. She has released a video trailer to give a quick sneak peek of her 3 music videos for the singles; “DJ”, “SYMPATHETIC LIES” and “KEEP ON PUSHING (FIGHT THAT FIGHT)” which premieres this October.

“DJ” already premiered on October 1st, 2022. This irresistibly joyous dance music has been honored with a visually arresting complimentary music video which you can catch by following the link attached below the video trailer.

“SYMPATHETIC LIES” is another one that premiered on October 5th 2022 with a very eye-catching acting scene the highlight of this remarkable music video. The link for the same from all its perspective video platforms has also been attached below the video preview to make it easier for you to follow.

The last track is the motivational ballad, “KEEP ON PUSHING (FIGHT THAT FIGHT)” which is yet to premiere. This exceptionally written transcending dance track will be officially released on 20th October 2022. From the quick sneak peek attached, this is going to be one breathtakingly acted cinema to help give life to the lyrics that accompany it.

You can expect much more from PDS and HNA Music. To be a step ahead of the others, it would be better if you subscribe to HNA music’s official YouTube channel and turn on the notification bar!

Catch Up With PDS on: