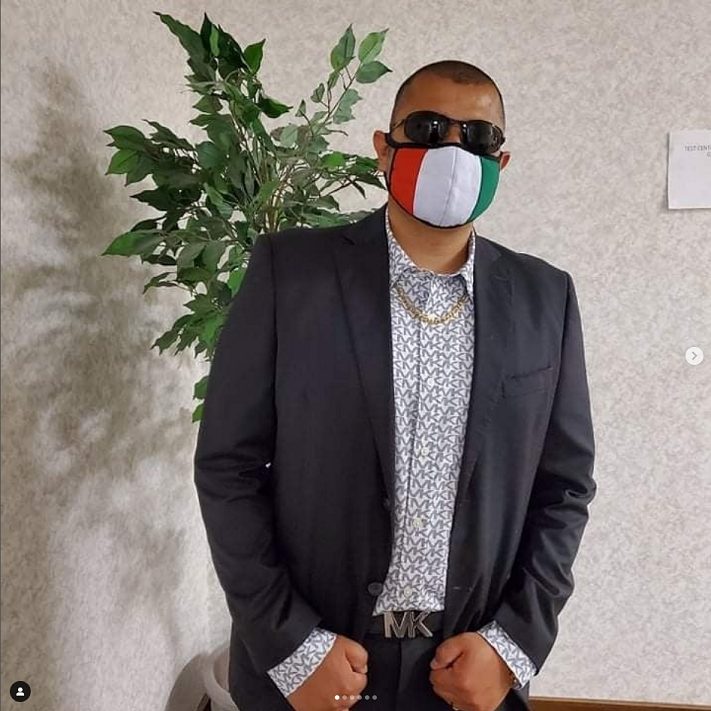 This musical journey begins way back in the quiet background, somewhere in El Paso, Texas with a youthful John Diaz fascinated by the world of music. Following that passion that is now augmented by his intrigue in playing the bass guitar, John finds himself in the thick of it-playing in several local bands until the age of twenty-one.  With youthful ambitions and the pressure of a rapidly evolving world, he gets himself caught up in drug and alcohol addiction and the military offers him a much-needed reprieve from self-destruction mode. Serving in the Navy, he is unfortunately diagnosed with a brain tumor, undergoes an operation, and is discharged from the Navy. While serving in the military and living overseas between Asia and Europe, he discovers his genuine love for production and after his discharge he gets right into his ferocious passion for music production, not letting his disability deter him from reaching for his dreams!

John Diaz who now goes by the professional stage name of D-NamX started out with the production of future house music before he was intrigued with the Hardstyle EDM music style. He started out with exclusive Hard-style remixes of popular songs from eminent artists which garnered deserved acclaim on the Tik Tok platform and motivated him to create his own album. He now has an album “Lucid Intervals” released in 2019 and another EP “Cosmic Radiation” which was released in 2021. He is now set to release another new album this coming July and you better be prepared for this is going to be ingenious artistic work on display from a passionate and determined D-NamX.

To offer you a taste of the splendorous heaven, the spiced-up track “Boundless” is endlessly consuming and strikingly affecting with the genuine display of production adroitness on full-flair display! The cinematic flourish blended with rhythmically contrasting yet fitting euphonies is the proverbial icing on this track that features an abundance of style and fashion with the effectively placed melodic sections dripping in sense and authenticity! The dazzle of the electronic instrumentation and the kind of reverberance that echoes in a kind of call and response extravagance is showcased with the way the melodic elements bounce off each other with spark and glamour to design an indescribably beautiful body of art!

What the whole of this album promises is that creative dynamism born of distinct tracks and a production catalog brimming with electronically-infused soundtracks sure to resonate with music listeners across the globe. As he has undoubtedly proved in the time he has been in action, his stupendous production results in a radiant soundscape that showcase his superb musicianship and keen ear for sound design and this album will be nothing short of inspiring with melodies floating in rhythm and affluent fashion!

Follow him on his socials as you listen to his tracks which are available on all the major streaming platforms as you keep an eye and ear out for his upcoming projects!