Berlin-Based Pop Phenom Broke Bunny’s New Track “I Hate You (Putin)” Most Definitely Deserves More Recognition Than It Is Currently Getting! 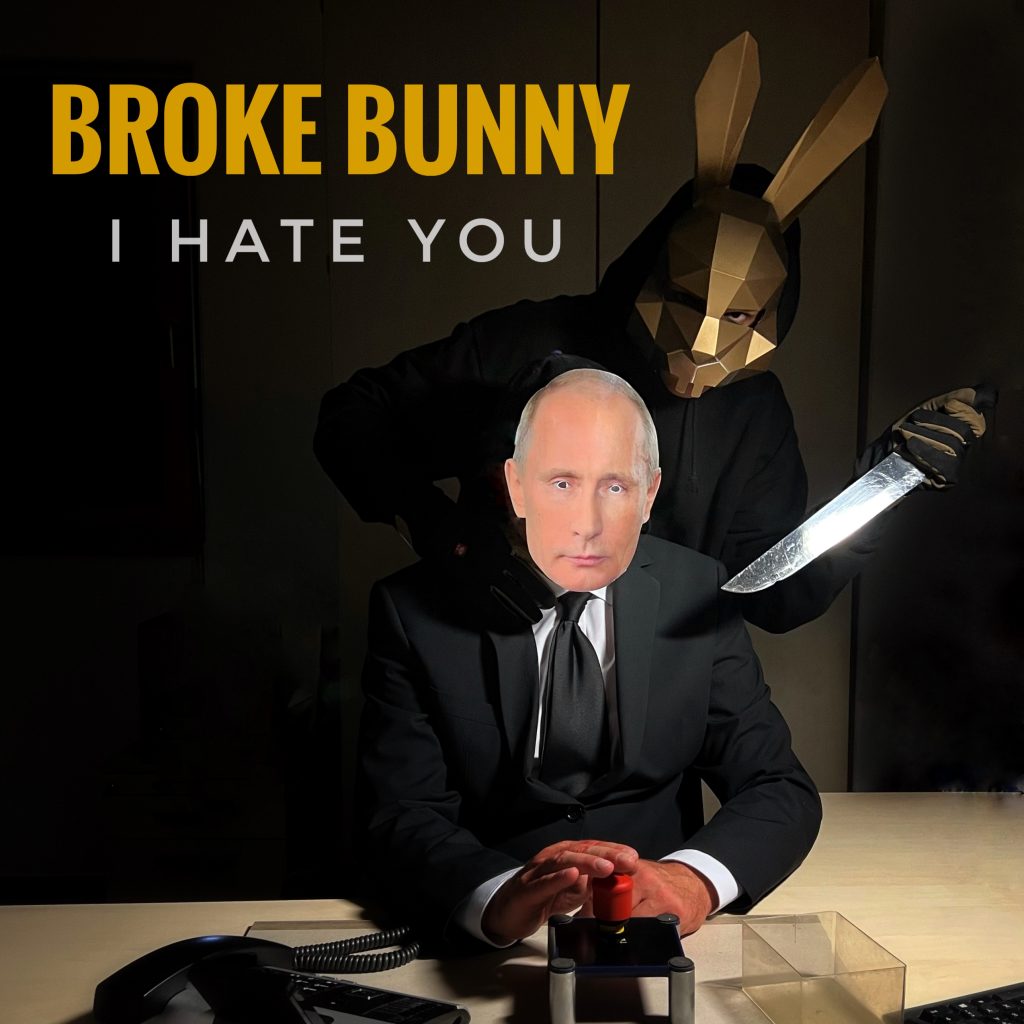 Well, he may be Broke Bunny, but he’s not going to be broke forever, and he’s definitely not broken. A unique stage name isn’t the only thing that this Berlin-based artist boasts; his style of music has also been calibrated to genre-defying tastes as he breaks the boundaries present within pop music in his own innovative ways. And his way of musicality really is like a breath of fresh air to the music listeners who have become so accustomed to the same style of music that it is getting boring now. If you are out there and you are looking for a way out of the distasteful music that has been fed to you since time immemorial, Broke Bunny is your way out (and by the way, you can thank me later!).

In what is a tribute to the people of Ukraine and in standing in solidarity with all those speaking against the evils visited upon an entire country due to the selfish dictates and ego of one man, “I Hate You (Putin)” is a track that condemns the ongoing war crimes of Putin against Ukraine!

It is a very modern feeling type of pop medley with a feel-good vibe around it, which contrasts brilliantly with its theme, which is not necessarily a happy one, but that does not in any way diminish its impact on a listener. And perhaps it’s a change for the better; – you know the tough-talking condemnation by everyone doesn’t seem to work- maybe it’s time we try it Broke Bunny’s way, don’t you think!

The music video is visually appealing, with a lovely depiction of the clown “Putin” as Broke Bunny “threatens” him to greater effect; so much so that he eventually relents!

The music video already has over 11K views, and I feel it deserves more in essence not only because it is catchy and entertaining but also because at its core is a universally relevant theme that is impacting the whole world as it is!

Catch Up With Broke Bunny on: