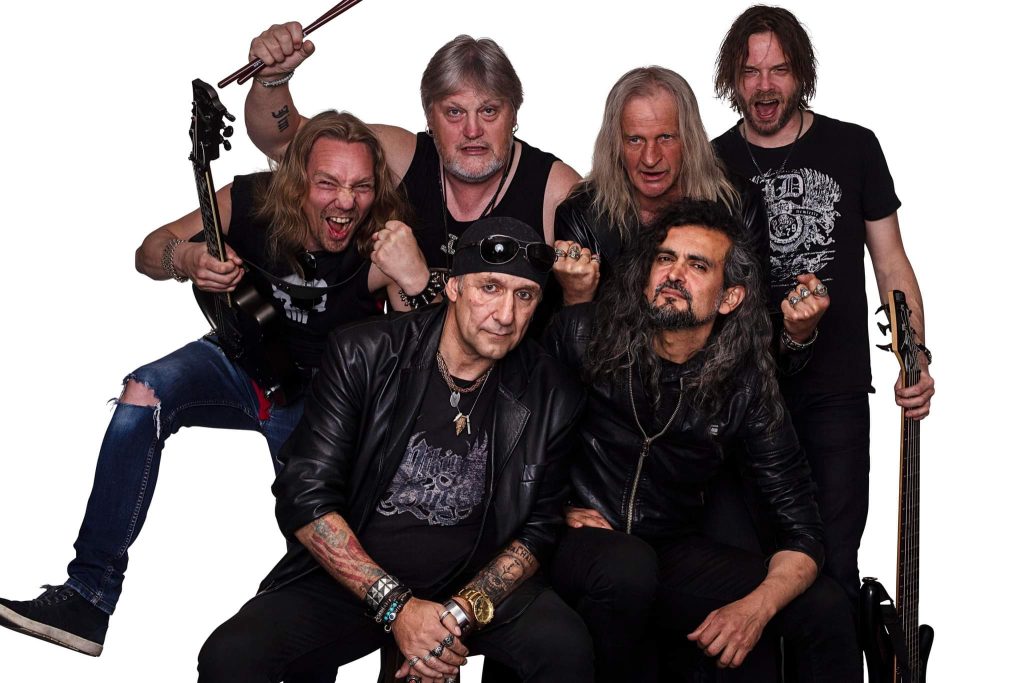 The golden rock era was so much better for the majority of us who got to experience it, and if you have been hopelessly traversing through the internet and radios looking for a glimpse of what that era used to feel like with little success, then I have the best news for you; look no further because Norway-based band Viking Queen has got you covered! This 6-piece prose consisting of members Geir Miranda who is the manager, Rob Hoff on the guitars and vocals, Jord on bass vocals, Jan Paulsen on drums, Andy on guitars and vocals and Francis Lecquiaon is super charged to give you back that nostalgic vibe as you remember it with an endless incursion of heavy metal-rock inspired masterpieces; – so strap in and enjoy this unforgettable ride!

Bearing the spirit of Vikings and also as a way of paying homage to the band name, Viking Queen is back with another melodious thriller dubbed “Attitude.” This tune is not for the faint of heart; in here, you just have to summon all your energy as you get lost in a metaverse of rock transcending space, and once you get in, there is no coming back!

You might argue that heavy metal music is always performed with full-throttle energy, and while you might be right, not all is performed with such panache, coordination, and chemistry as Viking Queen’s, and in “Attitude,” they highlight why they are as unrelenting and domineering as they are!

The blend between the atmospheric drums, the enthralling electronic guitars, and the steady basslines exudes a rip-rollicking heavy metal melody that is complemented to near perfection by the self-assured lead and backing vocals. There is just a liveliness and exhilaration to this performance that is naturally transmitted to a listener with the inspiration from the 70s and 80s felt throughout this performance for old times’ sake!

This is just a proper melodious “Attitude” adjustment. With the indestructible chemistry, stupendous production, and energetic delivery of this track, there can be no qualms about the spectacular nature of this track.

“Attitude” is now available for streaming; follow the attached link and add this tune as a straight favorite. There is just no other way!

Catch Up With Viking Queen on: