Mark Your Calendar For Tarah Who?’s Upcoming Single, “Toast to the Brave.” 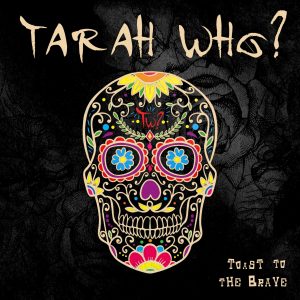 Tarah Who? is all set to release its sophomore single for the year 2022, titled “Toast to the Brave.” This three-and-a-half-minute rock song was co-produced by Jason Orme and Tarah and is slated to be released on major streaming platforms on June 17. “Toast to the Brave,” directed by Javier Caudillo, is themed by a holiday traditionally celebrated known as Día de Muertos (Day of the Dead), which originated in Mexico. Although it is related to the Western Christian observances of All Saints’ Day and All Souls’ Day, it is far less somber and is characterized as a feast of joyful celebration rather than mourning. “Toasted to the Brave” is a song about some of the most important things that happened in 2021.

The sinking of an Indonesian submarine in April 2021 gave the first verse its idea. Before the ship sank, the crew made a recording of themselves playing an acoustic guitar and singing an Indonesian song that was popular at the time. Even though they knew there was no way out, it was amazing that they were still able to accept their fate. In the next line, Tarah adds to what her friend has gone through. No one noticed that he was having a hard time at home as he was always happy. Even though both of his parents are undergoing a critical health conditions, he tries to be strong and tough. In the last line of the song, we see how Quintin Phillippe Jones was killed. After being given a death sentence, he was locked up alone for 23 hours a day for twenty years. Jones pleaded for clemency and wrote, “I know you don’t know me. I’m writing this letter to ask you if you could find it in your heart to grant me clemency, so I don’t get executed on May 19. I got two weeks to live, starting today.” Just imagine what you’ll feel if someone scheduled your death.

Tarah Who? is a Los Angeles-based dynamic rock duo. Because they are more concerned with conveying and interpreting the proper emotions for each song, many audiences can relate to them. Tarah Who? features Tarah Carpenter, the fiery lead singer who channels her forceful emotions into powerful melodies. Coralie Hervé, a drummer and backup vocalist, joins Tarah in the ensemble. Their upcoming track “Toast to the Brave” has been selected for Jam in the Van’s “GoPro Mountain Games” talent search event this year. Now in second place, Tarah Who? is trying to raise more money for the Vail Valley Foundation, a non-profit organization. You can also become part of it by contributing your part. Click on the link here: https://soundsurf.com/watch/Zp28owke7TWxagBrj

Stay tuned! Also, keep up with Tarah Who? ’s upcoming projects by following them on their website and Instagram handle.