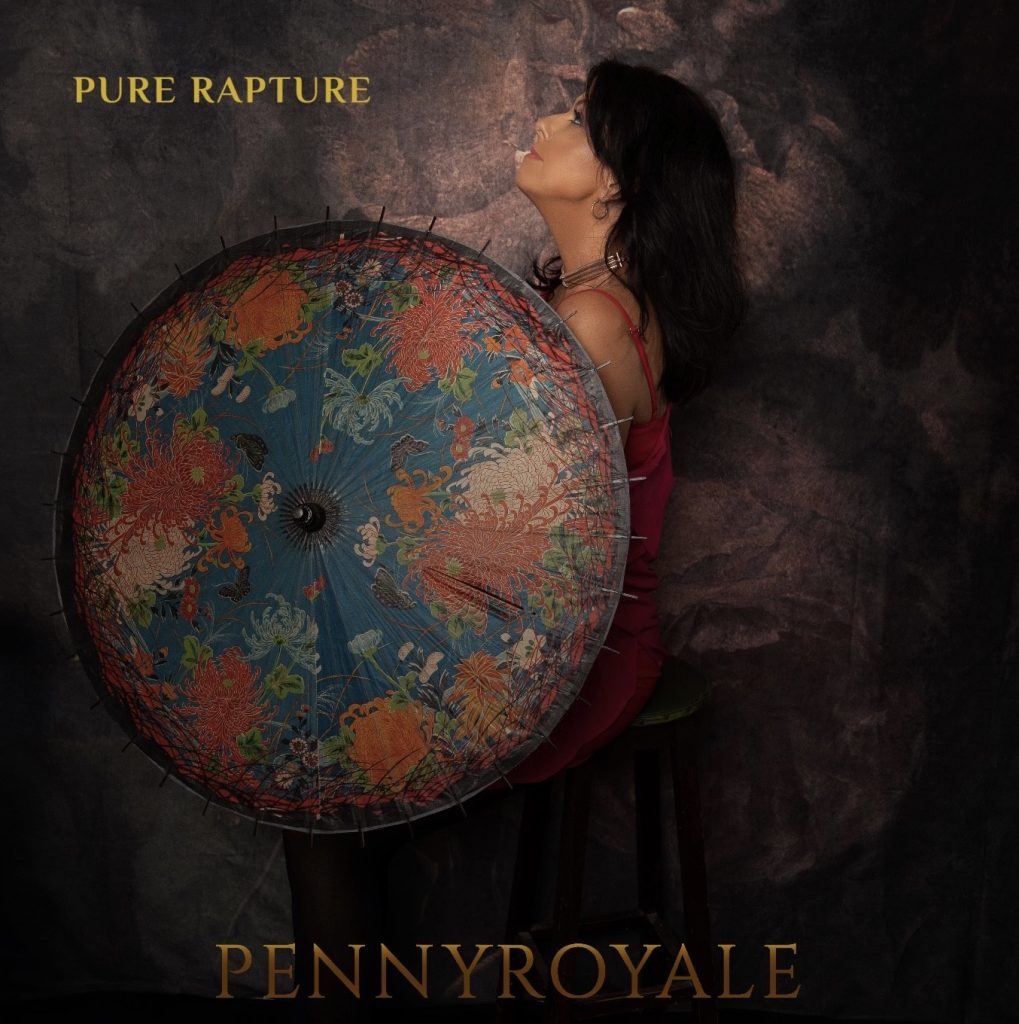 Penny Thomas is an Australian singer-songwriter who blends the traditional with the unusual to cultivate an eclectic concoction of music that flaunts hints of rock and electronic music, and her compulsion on bringing elements from all the subgenres of rock (from glam to hard) really shines through in her new album “Pure Rapture”.

Built on a sharp and enthusiastic cinematic arrangement that perfectly reflects the diversified themes of the album “Pure Rapture” sees PennyRoyale at her most passionate and spirited, tapping into mystical life that so many will be able to relate to. Musically, this mind-blowing album is a huge indication of Lily Löwe’s range, offering a wide array of sounds that are so diverse and yet still cohesive.

Hitting the ground running and not contemplating for a water break and armed with all the trademark sounds of metallic rockability music, PennyRoyale wastes no time in making her mark, delivering a stellar opening cut in “Astronauts” a fiery track that emerges from an artistic compromise to test the fastness of the tempo, the loudness and distortion of riffs and the sometimes simple rhythmicity that has been cleverly blended in and fits perfectly well in the mix.

This first track already sets the mood for what the rest of “Pure Rapture” will be, while lo-fi and spacey, the album still manages to be relatable with themes such as love, despair, how ephemeral life is, and what our journey on this earth means.

“Pure Rapture” is very deep, but it is never pretentious and while it does clearly make use of some nostalgic motifs, especially 80s synths, it makes all the weirdness and the strange elements pulled from alternative rock, make sense in one cohesive album – not only that, but the tunes end up extremely catchy, something that’s always quite of a challenge for more experimental albums.

While being big and maximalist, “Pure Rapture” is also an intimate affair. The final tracks dial in a more introspective PennyRoyale, singing about her mother, about her home and about more earthly themes – and this is where the album really shines.

The album is definitely a journey, from the first track to the last, you’ll feel transported to Penny’s own world, where everything is beautiful but also just a little twisted. It’s a unique sound, and it’s something you won’t hear anywhere else. But what really makes the album work is the way that PennyRoyale can take these incredible sounds and make them feel so human and real.  This is an album where every track has a story to tell.

Overall, “Pure Rapture” is nothing short of a little masterpiece from modern alternative rock, which as a rock subgenre has become incredibly stale and bland, something to be changed by artists such as PennyRoyale, which really seek new ways to compose memorable songs.

Check out the attached stream to listen to PennyRoyale’s new album “Pure Rapture”!

Catch Up With PennyRoyale on: