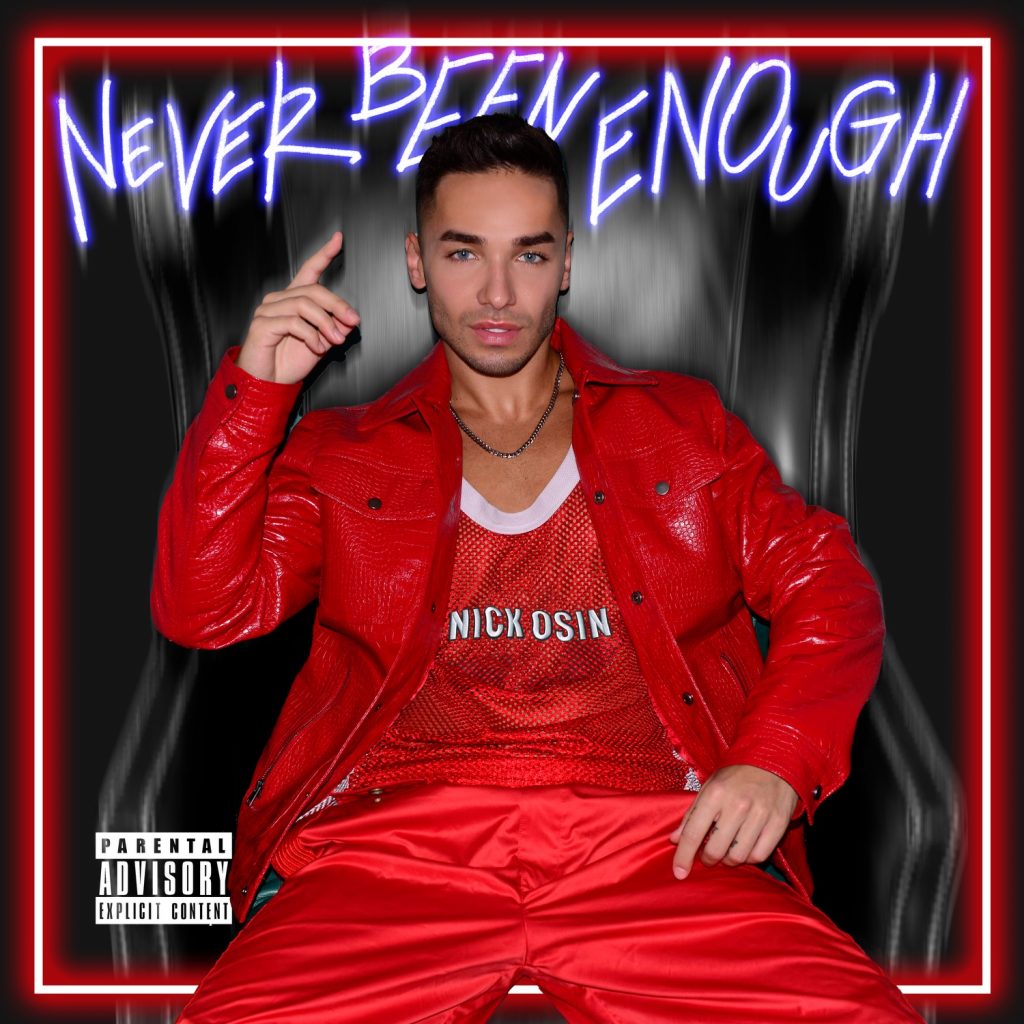 Nick Osin is a fast-rising American pop artist who was born and raised in Ukraine but later relocated to the US where he has been concentrating on his music career. He identifies more with the pop genre but is never afraid to experiment with other eclectic genres for that broad-ranging sound that has seen him build a loyal fan base over the years. “Better Yet” is his most successful single to date that has been streamed in humongous numbers and he is now back with what I predict will be a fan favorite; the ear worming single titled, “Never Been Enough” that has so far been warmly received and is doing really well.

This is a special type of drug that gets you hooked right away with the way the grandiose amounts of melodies and lyrics are fused to come up with one seamlessly addicting body of art that you simply cannot get out of your head- I can still feel his hauntingly familiar and delicious vocals singing in my head as I write this!

The lyrics somehow tell the tale of the hangovers of a past relationship and his way of performance outrightly breaks the lines present in R&B and pop as he flawlessly warms himself over the glamorous instrumentation, drawing a listener in with his sweet vocals.

He has that type of voice that feels like candy and you’d listen to him sing all night without getting bored- the vocals are so clean and unblemished and the way they take the cadence of this euphony is really what captures the heart and soul of a listener and allows you to reminisce with your own old memories!

“Never Been Enough” is a straight hit and I’m certain many listeners will be entranced by its bewitching qualities and that heartfelt performance by Nick!

Follow the attached link so as to stream “Never Been Enough” and save it as a favorite under your playlist. The official lyric video is also out and you can get to enjoy the tune while singing along and watching the mesmerizing background visual display as Osin sings passionately from the heart!

Catch Up With Nick Osin on: