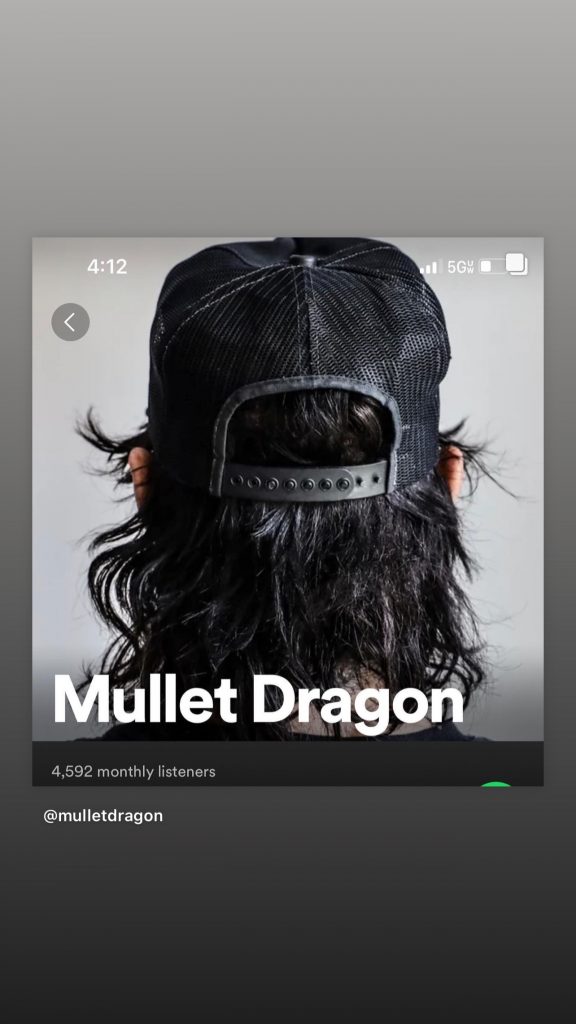 Hailing from Nashville in Tennessee is an acclaimed songwriter and producer Mullet Dragon who is also the owner of the “Neon Savant Records” record label located in his Nashville hometown.  This multitalented recording artist co-wrote and co-produced two albums that went on to win Grammy awards. He signed his first recording contract at age 23 and credits his achievement to his father Scott Woods Jr. who was his biggest supporter, and motivator and pushed him the most. He sadly passed away as a result of coronavirus complications. Mullet Dragon is now continuing on building a long-lasting legacy and living the dream his father saw in him!

Mullet Dragon has a new masterpiece dubbed “Get Higher” that he worked on with Jellyroll producer Andrew Bayliss. That cover art right there tells you everything you need to know before you open the track; this is a Mary Jane-inspired anthem- roll up the blunt, push the volume up and watch yourself get into another space.

“Get Higher” blends hip-hop and rock-quality melodicism for an extremely luxurious anthem that is effortlessly likable. This banger showcases Dragon’s trill words, tonality and command to an ultimate chill and cruise anthem for the summertime. “Get Higher” is the track to bob your head to, crank up the volume and bass and cruise the streets.

Dragon’s delivery here is smooth, uncompromising, lyrical as well as unique as he showcases that he is a true wordsmith with a no-frills approach and the improvisation to add those marvelously boisterous rock melodies in the performance of that chorus will get you pumped up and feeling already intoxicated with the music.

Hypnotic and catchy, this is a straight hit that cannot be denied by any listener unless those suffering from an obscenely incurable lack of music taste! The track is making deserved numbers with more than 4k Spotify streams in such a short period.

To vibe along to this original masterpiece; follow the attached link and let this tune dominate your playlist this year and beyond.

Catch Up With Mullet Dragon on: