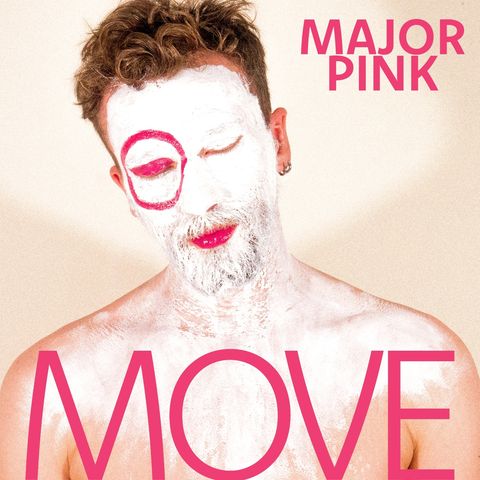 Icelandic Singer/songwriter and producer Major Pink reputation really precede him; this accomplished artist has been in the music industry for over 10 years and has worked with some of the renowned Iceland artists, performing in The Battle of the Bands in 2014 and receiving numerous awards for his proficiency and creativity in music video creation with his work being honored in several films as well. Authenticity has kept him going and fitting in this ever-growing music industry backed by his ability to adapt and breakthrough with style and rare transformative sound. Major Pink is not relenting with more and more music expected this year and beyond as this really is his favorite stomping ground and there is nowhere else he’d rather be.

He has a new entrancing jam titled, “Move”- an easily danceable track that blends catchy elements from a variety of genres including pop and rock with a very 80’s inspired nostalgic vibe that takes you to all the right places. This is one of those tracks you dance to moving from one room to the other as it motivates you to do those house chores!

Major Pink really displays his maturity and experience here by delivering a warm and breezy vocal presentation over the infectious melodies. The repeated catchy phrases are where the gist of this track resides with every element in this track poured over in minute detail. Flawlessly addicting, I wouldn’t hesitate to recommend this exciting track to anyone.

The music video is out and it is a hilarious one for that matter; very simple yet entertaining, it showcases proficiently blended visual images of Major Pink moving to the beats and you might be forgiven for thinking he is such a talented motion dancer- he really is not a good dancer but in here he kind went with the flow of the beats in what is an eye-catching filmography- almost like a very weirdly perfect synchronization with the beats!

This is what happens when you don’t sweat over everything and I’m more than certain listeners and viewers will appreciate such ingenious simplicity.

Catch Up With Major Pink on: