Female Entertainer and Lyrist DJ D Maye Has a New Anthem, “I’m Black” to Celebrate the Black Month of Freedom 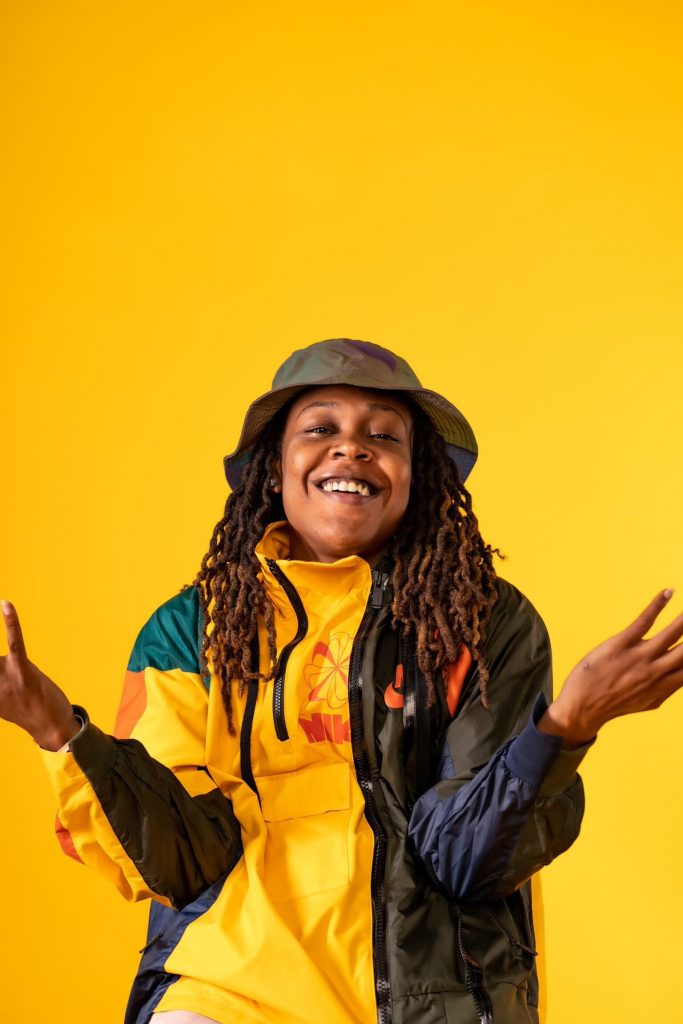 Taking daily voyages into awe and regular adventure into the wonder that is her artistry is the rap Queen who goes professionally as DJ D Maye hailing from South Florida in FT Lauderdale. Her music has been a potent source of contentment and a key skill in the promotion of her ever-increasing genius. She does not only rap or sing but leaves everything through her genuine performances making sure that a listener is thoroughly entertained and impacted through her own artistry. She reflects real life through her music and epitomizes Black Excellency through her smoking hot style of hip-hop music.

She has that swagger in her and the fact that she is doing what she loves most is more fulfilling than anything else in the world, money included! She has just been concentrating on making and releasing her craft out there, no clout chasing- just great music passionately performed. She is winning over the hearts of fans and critics alike and is swiftly taking some humungous steps towards achieving superstardom. All is unfolding as it should and she is now back with an anthem, “I’m Black”- to honor Black excellence, and the love of the community and commemorate Juneteenth while at it!

This is a certified record that carries a deeply personified message and will ring till the end of time. This is more than just the music; it is the unifying message born of pride, belonging, and honor in being a black person from whichever part of the world. Behind the blazing hip-hop, the instrumentation is an emotional message that calls on Black power, unity and that unconditional love as one family. There is a manifestation of turning the dreams into reality and spells for that successful future amidst the uncertainties and hate from the sadists and other ruthless beings!

Wearing her Black hat with pride, D Maye ensures that you never forget her with this tremendous lyrical performance. She cuts through the blazing instrumentation with impeccable vocal control and authentic audacity and delivers a heartfelt performance that is sandwiched in between a compelling and strikingly catchy chorus section that for whatever reason, one can’t seem to get off of their mind.

The song builds up in a cinematic fashion and captures the mind of a listener instantaneously with the alluring swing of the piano accompanied by the ingratiating and dazzling claps before the whole sound takes an unbelievably remarkable turn where the deep-phased basslines embellish the sound with the complement of the atmospheric synths over the heavy beats taking the listener on a scintillating rollercoaster ride. The magic is spiked further with the spark of the drums and the pounding 808s that decorate the track with a tremendous amount of striking rhythm and melody.

D Maye gets the party going with the delivery of what forms the addictive chorus section which is a catchy flair, “I’m Dhat, I’m chilled, I’m calm relaxed

I’m Black, I’m chilled, I’m calm relaxed…” which captures the essence and tonality of this deep anthem in all the right ways. Her powerful and rich vocals do well to endear themselves to any listener. The message is home and as we prepare to commemorate Juneteenth, we have an anthem to remind us who we are and what we are destined for. It is only right that we sing the song with pride and share it with as many black folks as possible for them to feel that sense of belonging with their own heritage and culture as a people.

Follow the attached link, stream “I’m Black”, sing along to its catchy phrases and live to its meaning. Don’t forget to save it as a favorite black anthem!

Catch Up With DJ D Maye on: