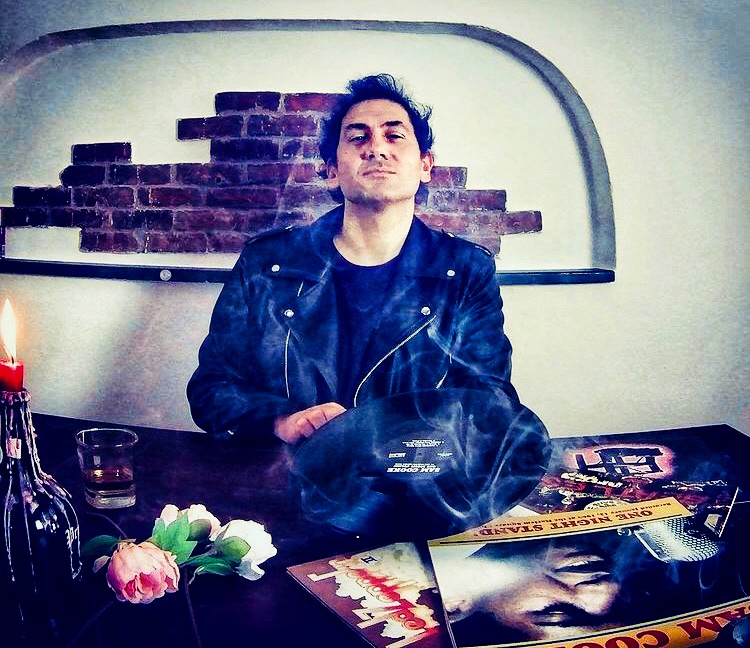 Deftly blending his soaring harmony vocals, crunchy guitars, and other sparkling instruments; Italian-based rock star Andrea Byron who goes professionally as Byron’s Brigades has been making his case heard in as far as genuinely authentic cover tracks go! Like a classical rock executioner, he brings closer to home some of the most popular rock tunes of our time that quench that nostalgic thirst we get from time to time and feel the need to travel way back and plunge our souls into some 70s record! Having been influenced by the 50s, 60s, and a mammoth style of the 70s music, Byron’s Brigades who grew up as an adroit guitar player owes his intrigue in music and his own artistic foundation to iconic artists like; Elvis, Jerry Lee Lewis, Muddy Waters, Robert Johnson, and Led Zeppelin.

He started recording covers for famous rock hits songs when the pandemic hit and as we are talking now, his Spotify channel boasts of over 16,500 monthly listeners with his cover songs amassing thousands of streams from his ever-growing global fan base. He is not resting and he is back with a darkly spectacular cover for the famous hit rock, “Goodnight Moon” by the band Shivaree.

Prepare to be dazzled for this is a stunner that ingratiates itself to a listener right from the beginning with the tremendously inviting percussive riffs that drip in a melodic sense and a captivating aura of flair. Byron’s Brigades manages to bring his influence and emotions while mirroring the original and authentic aesthesis of this tune. His darkly sprinkled sensation impacts staggeringly on this record managing to make another captivating sonic allure off of this magnificent cover.

You can tell Byron’s Brigades knows his craft and the layering of the striking instruments add that certain dash of motif to the arrangement and a listener cannot forget the affecting rhythmic gusto provided by the imposing percussive elements. “Goodnight Moon” is darkly bursting with both sonic elegance and crystal clear polish. Exquisitely performed, superbly produced and lovingly arranged, what more does a rock lover need!

And like any rock tune needs a solid lead vocal performance at its forefront, Byron’s Brigades did not disappoint as he undoubtedly delivers with his vocals possessing the necessary character needed to really reel the listener in, whilst also displaying a magnificent sheer level of control.

Follow the attached link and find out for yourself why this cover will be talked about for generations to come!

Catch Up With Byron’s Brigades on: